More than 700 miles away in Seattle, Ana Stark, 64, was worried about her 81-year-old widowed mother, Gladys Thayne, who lives alone in Salt Lake City.

Though Ana’s sister also lives in Salt Lake City, the coronavirus pandemic coupled with her own health issues prevented the sibling from visiting their mom. The sisters suggested Thayne adopt a small dog to keep her company and let her get a bit of exercise. Via the Best Friends Animal Society in Utah, Thayne was matched up with Hydee, a chihuahua — since renamed Chiquita — who had been in a foster home.

“It was love at first sight,” Stark says. “Chiquita follows Mom all around the house and cuddles up to her while watching TV. She sleeps in her basket right next to Mom. It’s been a win-win situation for both of them!”

As older adults find themselves alone and anxious amid the uncertainties of the pandemic, many are seeking companionship from new four-legged friends. 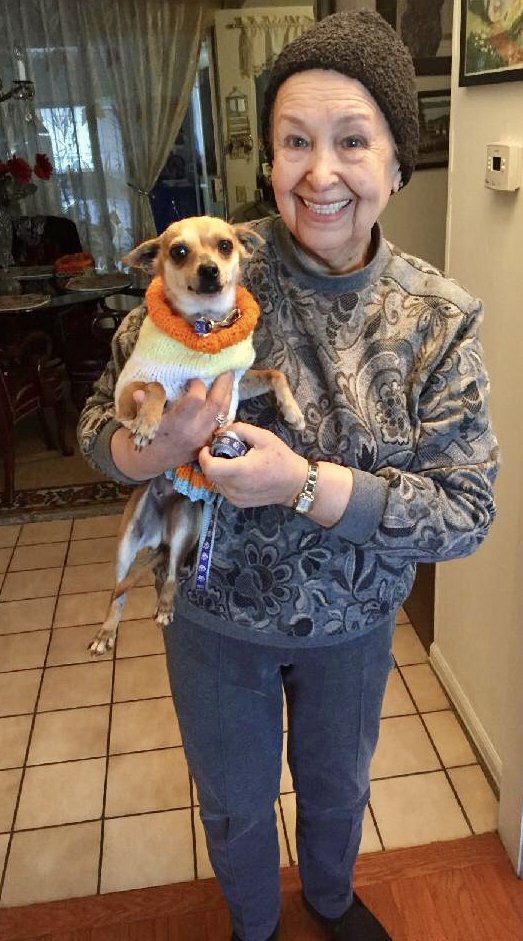 Lots of other people 50-plus, including those with loved ones at home, also are adopting or fostering dogs, cats and other animals such as bunnies and guinea pigs. They reckon sheltering in place has left them with more time to devote to a pet.

That time lets us “forge a strong bond with an animal in need of love and stability, and to receive the companionship and unconditional love for which our canine friends are famous,” says Jennifer Coombs, 54, who adopted a young rat terrier mix named Fig from Dauntless Dogs in Wilmington, North Carolina. “Fig has brought more joy and purpose to me than I have felt for a long time.”

Coombs lost two close family members in the past year before the coronavirus epidemic hit.

“Numerous studies have shown that contact with pets offers both physical and mental health benefits, including reduced stress and lower anxiety, helping us manage loneliness and depression and — during a crisis — offering moments of calm and peace when the news from the outside world is distressing and overwhelming,” says Julie Castle, chief executive of Best Friends in Utah. “They can also keep us active and give us a reason to walk outside and around the block (with proper social distancing, of course) when we feel locked down and isolated.”

The number of dogs and cats available for fostering appears to vary around the country.

Fifty-four pets were fostered at Animal Care Services in San Antonio in February. In March, the number climbed to 122.

“That’s just a huge increase for us,” board member Kathy Davis says.

Other organizations that were looking for foster-pet parents are at capacity.

At the privately owned nonprofit Santa Fe Animal Shelter in New Mexico about an hour northeast of Albuquerque, roughly 100 animals are available — as opposed to the 250 to 300 that’s more typical, according to public relations officer Murad Kirdar. The city- and county-run animal patrols that typically find strays aren’t searching during the crisis, and instead are responding only to priority calls considered dangerous.

While shelters across America are closed for drop-in visits, many are arranging meet and greets outdoors by appointment. Foster-pet parents also are showcasing their animals online and through Facebook and Instagram.

Meeting an animal under such circumstances can provoke anxiety in its own right. Stephanie Losee and her fiancé went online and found an Aussiedoodle named Cowboy they considered adopting. The couple drove round trip from San Francisco, where they live, to Southern California to meet the dog and his owner at his ranch.

Shivering outside for two hours in a 48-degree chill, “we worried about whether he could become a family dog,” Losee says. “The consequences were great, because if we brought him home and couldn’t help him feel secure, taking him back would retraumatize him and expose us to COVID.” 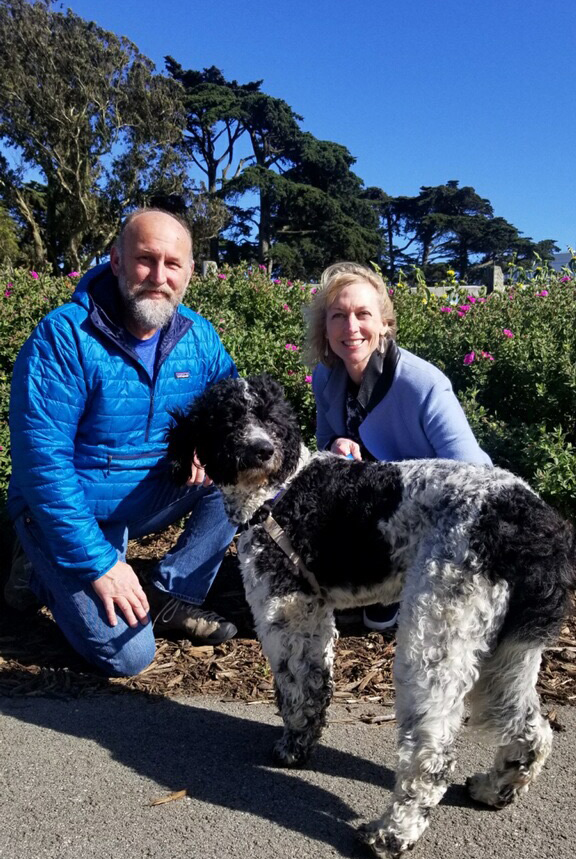 They decided to adopt him, and Cowboy is blossoming in his new environment. Indeed, more often than not, the payoff is worth it.

“The energy changed immediately in my home,” says Leslie Nakajima of Kahuku, Hawaii, on the upper tip of Oahu about 30 miles north of Honolulu, after she adopted a small shih tzu-terrier mix she named Bohdi. “Having my new little friend here has made all the difference. He is young and needs lots of walks and playtime and also loves to snuggle, so I don’t have those moments where you drift into feeling anxious.”

How do you socialize your new pet with other animals and people when social distancing means you can’t get close to them?

“Just as (Cowboy has) learned to pee and poo at the dog park across the street from my house, San Francisco is warning that they’ll close it,” Losee says.

Moreover, while a pet may get accustomed to having human companions around constantly, the animal could suffer from separation anxiety when everybody returns to work or other activities are put on hold.

Folks reticent about making a lifelong commitment to a furry new family member can think of fostering as a trial run until an animal finds a proper home. Animal organizations typically cover food, leashes, litter, medicine, toys and other expenses.

“I would tell you that fostering a pet is kind of like going out on a date,” Davis says.

Just be forewarned: You might fall in love and become what’s known as a foster failure.

That’s what happened to David Glazer, 66, a volunteer at Best Friends Lifesaving Center in Los Angeles. He ended up keeping a withdrawn chihuahua-mix stray named Didi he had brought home to foster — even though he and his wife already owned two dogs and two cats.

“This little dog became so special to me that I couldn’t bear the thought of having her go to a home where she might not get the experience that I have to bring her out of her shell,” he says.

Er’Ron is focused on helping clients that are looking to buy, sell, lease, invest, and/or rent. If you are a first-time buyer or renter, looking for a second home or investment, or looking to up-size or downsize, Er’Ron has a passion for ensuring that your real estate experience with her will be satisfying and rewarding. It is her mission and her promise. So, contact Er’Ron Robinson “When You Need Everything Right.”

This site uses Akismet to reduce spam. Learn how your comment data is processed.

Want to know how the real estate market is affecting your home or neighborhood?

Let us keep you in the loop. Sign up to receive your monthly market report now!

Connect with me on:

©2021, Houston Association of REALTORS®. All rights reserved. Information deemed to be reliable but not guaranteed. The data relating to real estate for sale on this website comes in part from the Broker Reciprocity Program. Real estate listings held by brokerage firms other than Er’Ron Robinson are marked with the BR logo and detailed information about them includes the name of the listing brokers. Listing broker has attempted to offer accurate data, but buyers are advised to confirm all items. Information last updated on

Texas Real Estate Commission Consumer Protection Notice | Texas Real Estate Commission Information About Brokerage Services | Code of Ethics Note: A member designation(s) is not verified or confirmed by HAR.com and the consumer/user should independently verify such information. Privacy Policy | Terms of Use  | Privacy Policy All information is subject to Terms of Use and should be independently verified.